BMP were appointed as part of a very experienced Design Team headed up by Fitzgerald Kavanagh & Partners Architects by the Grangegorman Development Agency to carry out an initial Stage 1 Feasibility Study on the Lower House within the Grangegorman Campus of the Technology University Dublin.

Francis Johnston House or the Lower House is the name given to the former Richmond Asylum which opened to patients in 1814 and served over 2,000 patients at its peak. It is one of the 11 protected structures on the Grangegorman site.

The site was developed in the 19th century for workhouses, asylums, prisons, hospitals

and churches. Prior to that, it was part of Grangegorman manor. Latterly, it has been

Some stabilisation works were carried out in 2015 and a new roof was installed over the Central Block. The works undertaken were the start of a process to conserve the surviving fabric of heritage value, and to bring the structure back into use.

This phase of the project is proposed as a recovery phase, which includes adaptation conservation actions. The vision for this recovery is to deliver a robust, flexible social linchpin within the Grangegorman campus in 2020. This first phase of restoration is intended to return the building to occupation and use as a working building for TU Dublin. 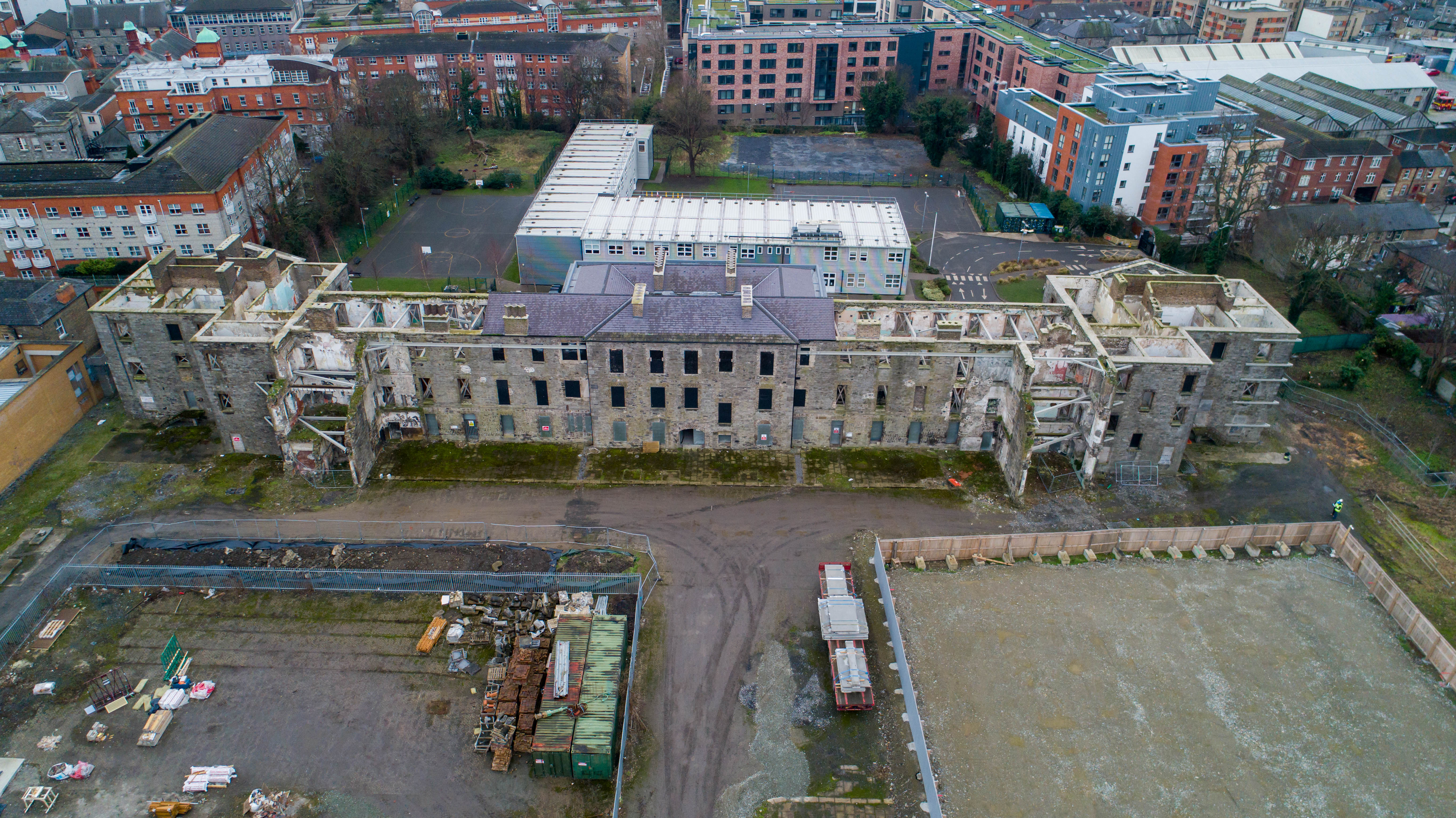